What are stock promoters?
A stock promoter is a person that gets paid to advertise a stock to potential investors.
They are paid to solely hype and promote a stock to increase trading volume with the goal of increasing the price of the stock.
If you ever witnessed a penny stock that kept running higher for days and couldn’t figure out why the stock kept moving higher, than chances are the stock’s run was due to a stock promoter.
Have you ever searched in Google for the term “penny stocks”?

If so, you’ll probably notice the massive results that come up.
And chances are that if you click on some of those links you’ll notice many of those websites offer a free newsletter asking you to sign up for “FREE email alerts on the HOTTEST Stock Picks that will make you huge profits!”
The website will most likely have testimonials and a track-record of recent picks too!
You can find hundreds of websites offering free penny stock newsletter.
So, why are these free?
Well, because most of these are paid stock promoters.
Stock promoters are paid to promote stocks, which they might call “investor awareness campaigns.” They might send out these “investor awareness campaigns” through publications in the mail or the most common way nowadays is by e-mail.

Originally, stock promoters were used to help companies raise capital so that a company can continue to grow and operate.
Stock promoters were most commonly used among junior mining companies, as a mining business takes a long time to establish, and costs for exploration, drilling, and analysis are high.
Without raising funds many of these small companies had a tough time staying financed so that they can move forward in their operations.
So, stock promoters were used to get the word out about the company and to interest the investing public about what they had to offer.
While this type of stock promotions does still exist today, somewhere along lines, stock promotions spawned into a type of pump and dump scheme.
Nowadays, you’ll find the majority of stock promotions are used as a means of making fast and easy money for large shareholders and company insiders looking sell their shares at high prices for their own personal gain.
Over the past decade or so, these type of stock promotions have become an epidemic in stocks trading over-the-counter. And over half of the stocks trading over-the-counter that saw a massive increase in volume was most likely due to a stock promotion.
What stock promoters do is almost similar to a pump and dump, but it does not necessarily make it a scam as long as they disclose that they have been paid by a third-party or by the company to promote their stock.
If you look at the very bottom of a stock promoter’s email or newsletter you’ll find the disclaimer and there you can find out how much they were paid to promote the stock or if they own shares in it.
Nowadays, most stock promoters are mostly paid in cash by a “third party”, and sometimes they are given shares of the company they are about to promote.
In addition, some penny stock promoters “front load” shares (i.e. buy shares before a promotion starts) in order to dump them on unsuspecting investors.
Many of these stocks that they promote end up seeing huge gains in a matter of a few days to a few weeks, but end up crashing back down after they are done promoting it.
Many unsuspecting investors that buy the stock after hearing about it from a stock promoter buy shares thinking it will make a great long term investment. And more often then not they are left holding a stock that crashes because they were unaware of how a stock promotion works.

First off, stock promoters generally promote low priced stocks under $1, which are called penny stocks.
These stocks trade over the OTC Bulletin Board or Pink Sheets (now OTC Markets), because these stocks are much easier to move and manipulate.
A stock promoter will typically begin a promotion by sending out numerous emails to potential investors throughout the promotion period.
They will also use message boards or forums, and even use social media such as Twitter to pump up the stock, while trying to get you excited about this company they are touting.
They will make misleading claims and say things such as the company is the “next big thing” in its industry and urge investors to buy, buy, buy.
In conjunction with the stock promotion, a variety of press releases will be sent out. The most common press releases announced are new acquisitions, new and lucrative contracts, technological breakthroughs or sometimes they announce celebrity endorsements.
A stock promoter’s job is to create as much volume as possible for the stock, starting on the first day of the promotion. Generally, the first few days and the first week of the promotion sees the highest amount of volume. The insiders who helped finance the promotion will begin selling.
If the promotion works as planned, the stock price will double, triple or sometimes even more. However, in the majority of instances it will not reach the price target that the stock promoter says it will reach.
A stock promotion can last for a few days, a week or continue for a month or even a little longer. Depending on the length of the planned promotion, promoters will still be hyping the stock no matter if it is going up or down. Once the promotion ends the stock crashes down. This typically happens sooner rather than later.
There are different levels of stock promoters, some are very well-organized groups that make millions each year to promote stocks and some are just simply individuals hoping to become an elite promoter one day. 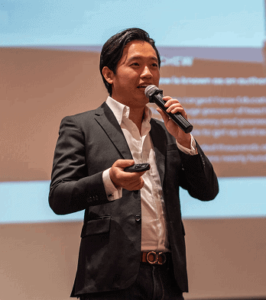 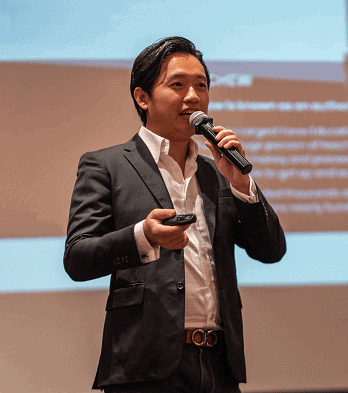